Consumer credit for April was on the rise, increasing by 0.5 percent for a total of $2.44 trillion, the Federal Reserve reported last week. This ran counter to analysts' expectations of a drop in consumer credit for the month.

The drop in revolving debt paired with an increase in non-revolving debt seems to suggest that consumers are better managing their debt. That would be a hopeful scenario for economists, who look for stable but measured credit growth as a sign of a healthy economy.

That hope could be shaken by the fact that the Federal Reserve also revised its March consumer credit figures last week to show that consumer credit had actually dropped for the month by $5.4 billion, when it had initially had been estimated to increase by $2 billion.

While consumer credit was on the rise, so too was wholesale trade, the Census Bureau reported last week. Sales by merchant wholesalers for April, after adjustment for seasonal variations and trading-day differences but not for price changes, reached $351.1 billion, up 0.7 percent from March's sales. Strong performers for the month included durable goods, which were up 2 percent over March; lumber and other construction materials, which were up 9.1 percent; and electrical and electronic goods, which were up 3.5 percent.

Like sales, total inventories for merchant wholesalers, after adjustment for seasonal variations but not for price changes, were $397.8 billion at the end of April, up 0.4 percent from March's inventories. This put April's inventory-to-sales ratio at a record low of 1.13, which would indicate that while sales are up, wholesalers remain extraordinarily cautious about managing their stocks of goods.


This is not the opinion of Brad Bergamini, Realty Executives Northern Arizona or any of its affiliates.  This post is for informational purpose only and is not guaranteed and does not render as legal advice.  Buying and selling Real Estate in Arizona or Prescott Arizona is a serious task and should be consulted with personally with Realtor or Real Estate Attorney.  Please visit my website for contact information

AUSTIN, Texas--(BUSINESS WIRE)--Nov. 1, 2005--Fitch assigns an initial 'A-' rating to the $35 million Industrial Development Authority of the County of Yavapai (AZ) convention center facilities excise tax revenue bonds, series 2005 (taxable). The Rating Outlook is Stable. The bonds are scheduled to sell the week of Nov. 7 via negotiation to M. L. Stern & Co.


The bonds are secured by a loan agreement to the borrower, Prescott Valley Events Center LLC, which will construct and operate the facility. Loan repayment resources include net operating income from the facility, as well as transaction privilege (sales) taxes (TPT) from the facility and generated within a designated entertainment district where the facility will be located. Further repayment support includes the TPT from an additional geographic area adjacent to the entertainment district. Bond proceeds will be used to construct a 5,000-seat convention and events center and provide for capitalized interest and a debt s…

There were few major surprises in the economic news this week, and little
change in the stock market. While there was a great deal of daily
volatility, mortgage rates ended the week nearly unchanged. A flood of
housing market data was released during the week, and most of it reflected
improvement in the sector. The biggest unexpected news came from the
September Existing Home Sales report, which jumped 9% from August to the
highest level since July 2007. Inventories of unsold existing homes dropped
sharply to a 7.8-month supply from a 9.3-month supply in August. This marked
the lowest inventory levels in two and one-half years. September Housing
Starts remained at depressed levels, which removes pressure on future
inventory levels. Building Permits, a leading indicator, also held at low
levels. In short, home sales improved, while inventory levels moved lower
with a relatively light supply of new homes in coming months. If there is a
note of caution, though, it's that much of the activity has… 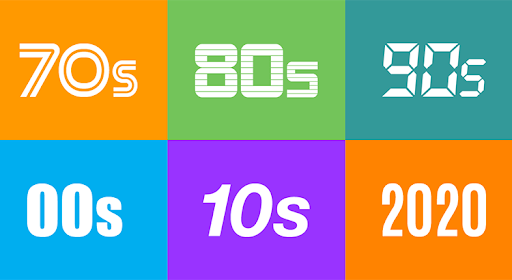