How Low Will Rates Go? Maybe Not as Low as People Expect

I'm hearing many borrowers argue against buying a home or locking a
refinance by saying "I am waiting and holding for 4.5%"...but here's one
reason we may not get there.  Yes, the Fed has been buying Mortgage Bonds,
but if you look at what they are purchasing, they are buying a lot of FNMA
30-yr 5.5% and 5.0% Bonds, which won't have much of a positive effect on
present rates.

Why is the Fed buying these Bonds?  Well if you think about it, it's very
smart of the Fed...and maybe even a little sneaky...because 5.5% Bonds
actually represent outstanding mortgages with rates of 6 - 6.50%, which are
precisely the loans being refinanced today.

So many of the mortgages in the FNMA 5.5% pools will be refinanced and paid,
thus giving the Fed a quick recoup on some of their investment.  And this is
likely a big reason why the Fed said yesterday they could continue this
purchasing program beyond June, if necessary.  So the Fed buying higher rate
coupons will not necessarily get rates to 4.5%, but it should put a ceiling
on how high rates can go during the near term.

The bottom line is the rate range we are in today is the lowest in 50 years.
Rates won't stay here forever and many experts expect them to rise as we
move into summer. Every 1% increase in rate will cost a buyer as much as a
10% increase in the purchase price. For anyone thinking about buying or
refinancing a home, now is the time to get serious. Waiting for that 4.5%
or 4% rate could cost a bundle.

If you have any questions about this confusing market please feel free to
contact me. I'm happy to help. 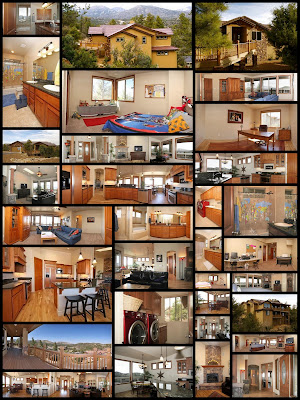 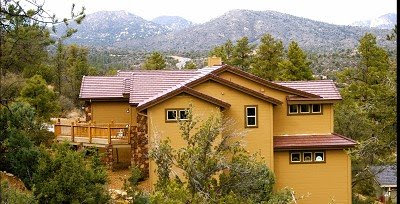 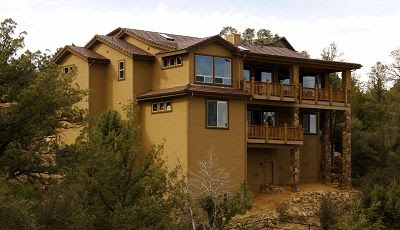 HOUSING AND ECONOMIC RECOVERY ACT OF 2008

First‐time Homebuyer Tax Credit – Although not as great as it was advertized still might be a tool buyers need to look into.

Let me know how I can help. www.bradbergamini.com

Bonds Boldly Go Where They Haven't Gone Before

Will Housing Markets Will Roar Back in 2009

This is kind of long but extremely informative & positive!

FAIR OAKS, CA - The nations foreclosure hemorrhage has finally slowed and 2009 should see a significant decline in foreclosures as buyers return, pushing home prices up and fueling a real estate recovery, according to the 2009 Outlook from Foreclosures.com.

"Recovery is underway. Affordable is back in the housing market," says Alexis McGee, real estate expert, educator, and president of ForeclosureS.com. "In 2009, housing will not only recover, but we'll see buyers leap into this market in droves, depleting our housing oversupply, and actually put higher price pressures on the market."

"With 4.5% fixed mortgage rates, housing prices lower than they were 'pre-housing bubble', commodity prices lower, tax credits available for homebuyers, and the government eager to stimulate our economy, for the first time in years I can see prices rising again in 2009" adds McGee. "This is a great time to buy properties for investors -- to buy properties at wholesale prices below today's already low prices -- rent them out for positive cash flow and then sell them for big profits in late 2009 once price appreciation kicks in."

The latest U.S. Foreclosure Index by Foreclosures.com shows a slight drop from 84,534 to 84,291 in the number of properties repossessed by lenders following foreclosure last month over October. These are REOs or lender-owned real estate. But that's off nearly 21% from September's 106,415 REO filings. (Year to date 12.6 of every 1,000 households nationwide have been lost to foreclosure.)

"Certainly some of the drop reflects growing results of government and private efforts to keep homeowners in their homes," says McGee. "But the recovery takes shape when you factor in other things like what the National Association of Realtors calls solid gains from a year ago in existing home sales in some key areas, and the fact that many of the same areas are seeing dropping home prices. Fewer foreclosure actions were initiated in the last quarter, too, according to the latest Mortgage Delinquency Survey from the Mortgage Bankers Association," McGee adds.

"California is a great example of what's happening now and what lies ahead for the housing sector. Long a leader in the subprime mortgage mess and rising numbers of foreclosures, the state's foreclosures have slowed significantly," says McGee.

The latest U.S. Foreclosure Index numbers show November REO filings in the state down to 15,978 in November, down 6.55% from October and off nearly 50% from September. Home prices there have come down, too, as much as 39.4% from the third quarter from a year ago in some areas like Riverside-San Bernardino-Ontario, according to National Association of Realtors numbers. That's left many homeowners that bought their homes at high price points with upside down mortgages?they owe more than the value of the home. But it's also made homes more affordable for plenty of other people. Solid and in many cases rising existing homes sales support that, adds McGee.

In November, another perennial leader in foreclosures, Arizona, saw its REOs and pre-foreclosure filings drop (down 5.19% and 5% respectively), according to U.S. Foreclosure Index numbers.

The pre-foreclosure picture when averaged nationally isn't quite as bright. Pre-foreclosures include notice of mortgage default and/or foreclosure auction. Amid all the negative economic news across the nation, pre-foreclosures for November were up 5.57% from October with 27.1 of every 1,000 households across the country facing some kind of foreclosure action (177,254 vs. 167,906 filings in October). But that's still down nearly 2% and more than 7.5% from March's high, according to U.S. Foreclosure Index analysis.

"Pre-foreclosure numbers likely climb in early 2009 (albeit at a much slower rate than in 2008)" says McGee. "Too many homeowners already are just too overextended and likely won't seek help to work out their delinquent mortgages until after a pre-foreclosure filing against their property. That filing, it seems, is the wake-up call for many to get the help they need and sell" McGee adds.

"Potential homebuyers and investors on the other hand, will find the bargains growing in 2009," says McGee. "As the year progresses more bright spots will emerge, too, both in terms of foreclosure numbers and housing markets as efforts to work with strapped homeowners really begin to take root."

"I wish my crystal ball could pinpoint everything that's going to happen with housing markets in the next 12 months, but there are just too many variables. What I can tell, though, is that hardest hit housing markets have already hit bottom and others will follow in 2009. Third-quarter National Association of Realtor numbers actually show existing home sales picking up in about 20 percent of the areas studied. And, given the uncertainty and volatility of the stock market combined with all time low interest rates, extremely affordable low priced homes, and all the choices out there, 2009 is an excellent time to buy real estate. Properties, especially foreclosed ones, will be highly discounted, lenders are motivated to work with buyers, and the opportunities are abound. The bottom line to keep in mind: What goes down absolutely positively will go back up again.

"The return of solid housing markets is an important part of restoring stability to financial markets. The market will return when mortgage rates and home prices are down, and that's exactly what is happening now in the hardest-hit areas of the country," adds McGee.

This article passed along for information purposes only. Chicago Title makes no endorsement or recommendation as to content.

Bonds Boldly Go Where They Haven't Gone Before

Homes for Sale in
Prescott